In early 1936 EVADNE averaged 15 ¾ knots from Gosport to Cannes and in the following winter had a refit in Gosport where the enclosed bridge was fitted and she was rigged with one mast.

In 1939 EVADNE she was taken over by the Admiralty and after conversion and fitting of armament was employed on convoy duty in the Irish Sea based in Liverpool. She also crossed to Bermuda on convoy duty and was employed there as a training ship before crossing again to Gibraltar & convoy duty in the Bay of Biscay.Full details of her pre war & war service are described by Captain H.N.Taylor who joined her as Mate in 1931 and was her Captain throughout the war, in his book ’A Captains Tale’.

Marala was sold in Piraeus, Greece and moved to Malta for two years then to England. She is currently undergoing an extensive refit. 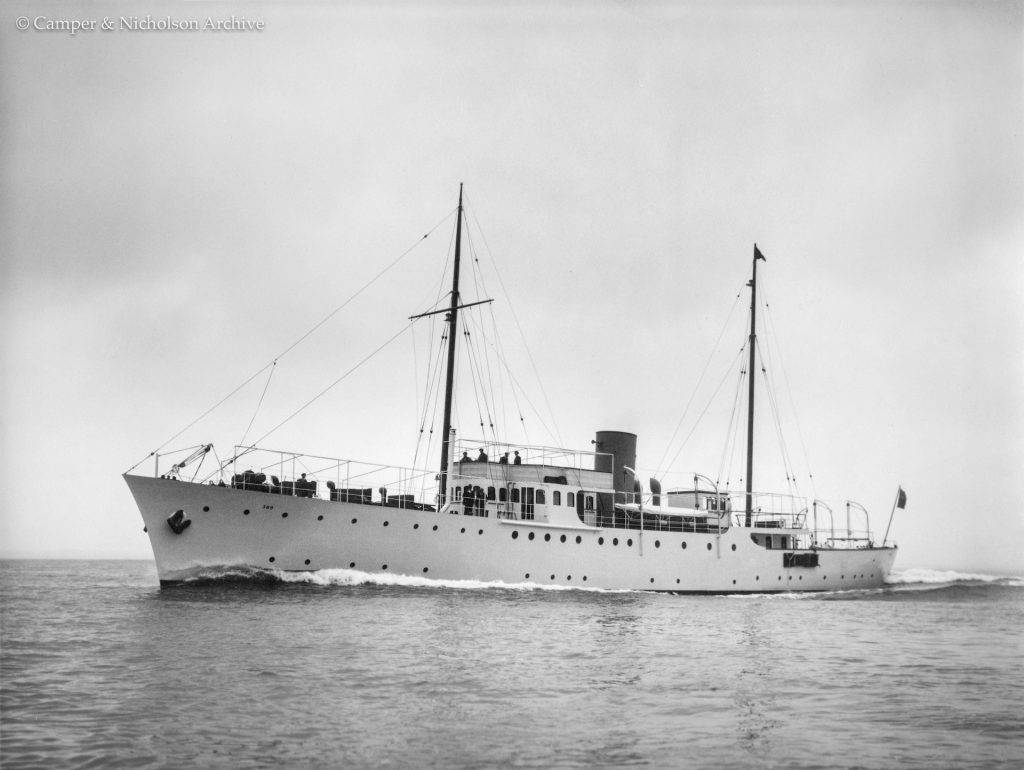