This yacht was designed and built by Camper & Nicholsons in their Southampton yard and launched in 1964. The owner was Mr Z.Cambanis for whom we had previously designed and built Yard No 812 STILVI a 48 ton auxiliary ketch in 1956 and later Yard No 1176 STILVI III a 260 ton twin screw motor yacht in 1974.

In the spring 2020 we have been informed by the actual owner that Stilvi will receive a deserved thorough restoration. 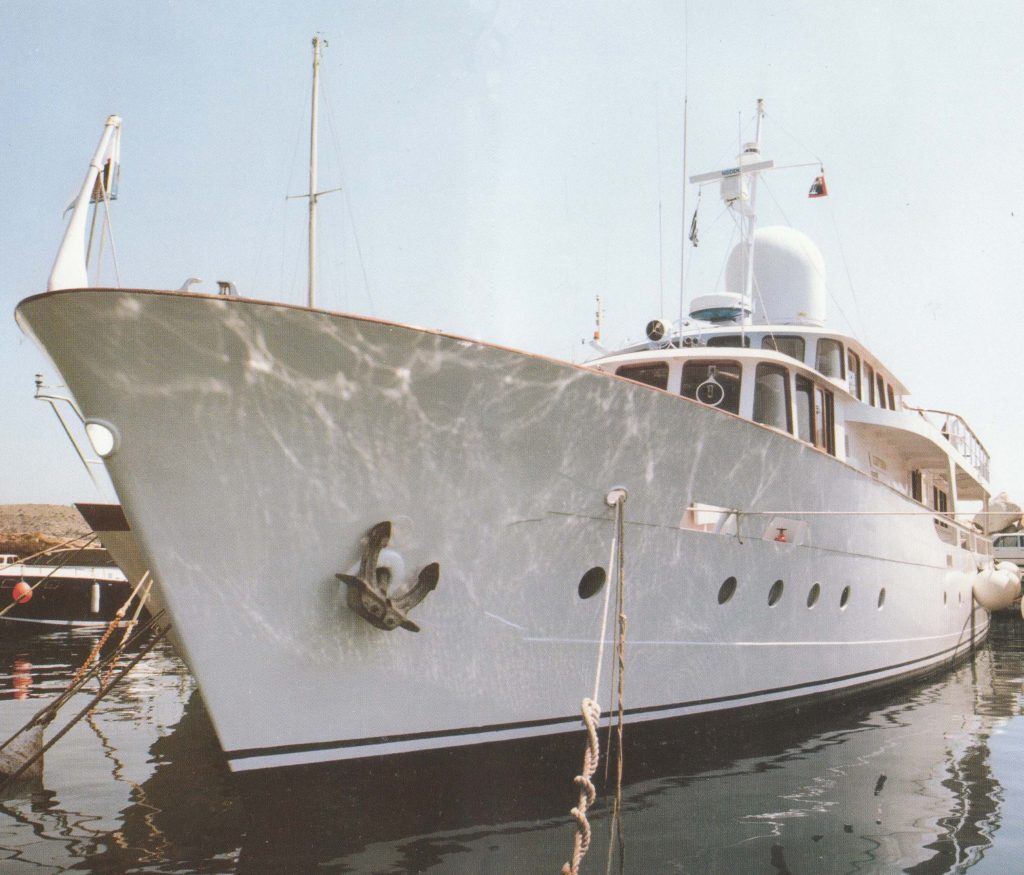