This yacht was designed by C.E.Nicholson and built in our Gosport yard in 1930 for Dr.Herbert S. French. She was an auxiliary bermudan yawl, built with teak planking on grown English Oak frames and Canadian Rock Elm Timbers. She was built to Lloyds Cross 18 A1 and was launched on the 26th June 1930.After the war she was re-named ARALUS and converted to sloop rig and in 1948 had a 4 Cylinder Meadows petrol engine fitted, this was replaced with a 4 Cylinder Perkins diesel in 1955 and then a 4 Cylinder B.M.C. 60 H.P. diesel in 1964. She was re-classed at Lloyd’s in 1966.

In 1999 she was bought by Mr Delaporta and brought ashore for a major refit including a new stem and deck, see pictures 2014. 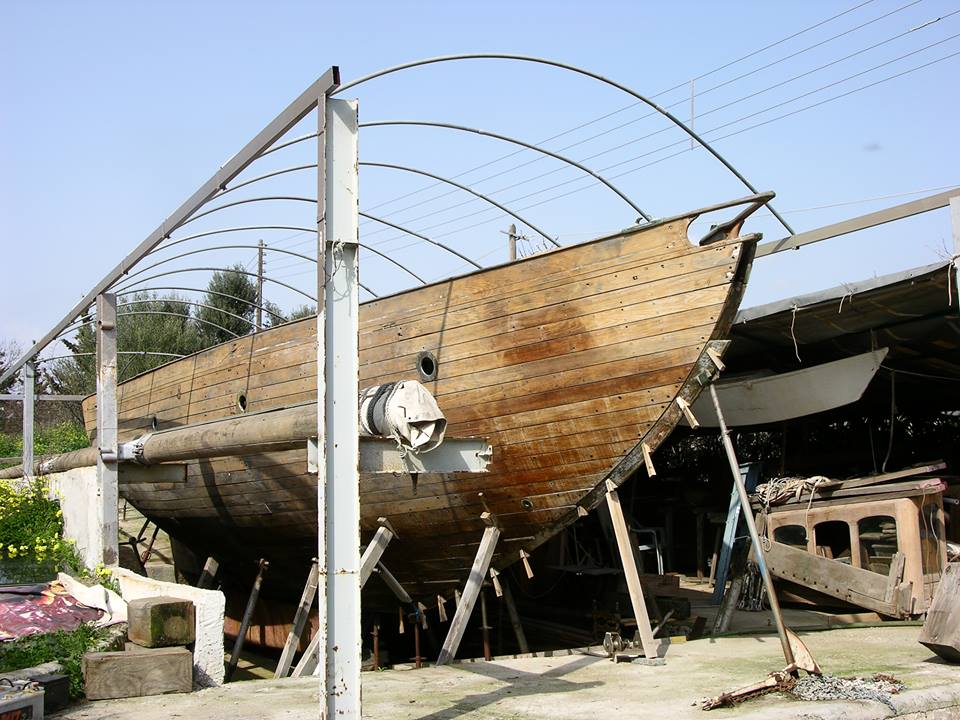